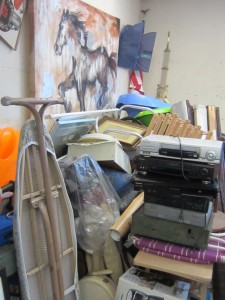 “When we spend our lives waiting until we’re perfect or bulletproof before we walk into the arena, we ultimately  sacrifice relationships and opportunities that may not be recoverable, we squander our precious time, and we turn our backs on our gifts, those unique contributions that only we can make.” Daring Greatly

Every time we set out to serve the Lord, it is a rich time of learning, growing and stretching. The project in Santa Maria we were stretched by the fact that for the first time, ever, no volunteers came to the project. There were those of us on the leadership team, the precious woman who recommended the project, and some of her family members.

I learned, again, how much I need to grow.

The second project, in Santa Margarita, was also its own kind of taffy machine…stretching and pulling.

The project was originally recommended by a friend. She wanted to have a bbq fundraiser for another friend whose 20 month old son contracted e-coli and spent 3 months in the hospital. The toddler lost part of his intestine, part of his colon, and part of his kidney function.

The family, while terribly grateful for the thought, didn’t feel comfortable with a personal fundraiser, but wanted to take the opportunity to thank Jack’s Helping Hand, a local organization that provides help for kids with medical conditions or special needs, for the help JHH gave during the little guy’s hospital stay.

Jack’s Helping Hand had recently agreed to fund a local camp for kids with cancer, because the American Cancer Society had dropped all funding for camps. I felt like this was a perfect marriage…a new fundraiser and a new need.

The event raised over $17,500. Camp Reach for the Stars is fully funded for this year, with money rolling over for next year.

We all had a fabulous time…the food was great and the wine was, too!

The truth is there were vegetables donated that we couldn’t serve because we didn’t have people to wash and cut them. The donor was incredibly kind and gracious to accept my apology, and they (along with 5 gallons of vegetarian chili and several loaves of bread) went to a home for men who are freshly out of prison and battling addiction, so God’s grace continued to spread…but I am flummoxed.

Many times people have encouraged us to go back to smaller projects. We have never been opposed to them, they just haven’t come our way. This time, we went looking for them hoping to spread God’s love in many different areas.

Yet the volunteer response was nothing like we have experienced in the past.

I truly believed the opportunity to help kids with cancer would draw the hearts of far more volunteers.

James 1:25 says it perfectly: “But one who looks intently at the perfect law, the law of liberty, and abides by it, not having become a forgetful hearer but an effectual doer, this man will be blessed in what he does.”

Everything we do in Brighten A Corner is based on the foundational belief than when we serve we are blessed.

Our new brochure says: “We believe hard work is a privilege, generosity is a pleasure, and that many people coming together for a cause can make an enormous difference”…these are not just words to me. This is who I want to be more often. This what I want for my kids.

We are heading back to the drawing board…and hope to emerge with a bigger team of leaders and a more effective way to reach volunteers. In the meanwhile I would much rather learn all of these lessons in the arena, because–although flawed–a thrift store that funds horseback riding for those with special needs has more shelving and a more welcoming rear entry, and a camp for kids with cancer is fully funded. Not bad for what was far from perfect…